Other uses for sex toys....

Some of you will have already seen this blog but if not have a look here :

So it got me thinking.... Do you guys have any interesting stories about alternative uses for purchases from Lovehoney or a previous sex toy ( no competitors names please ah hm )

I have a fold up bike that I use for the train . I added a plastic basket to the back and use bondage rope to keep my items in place 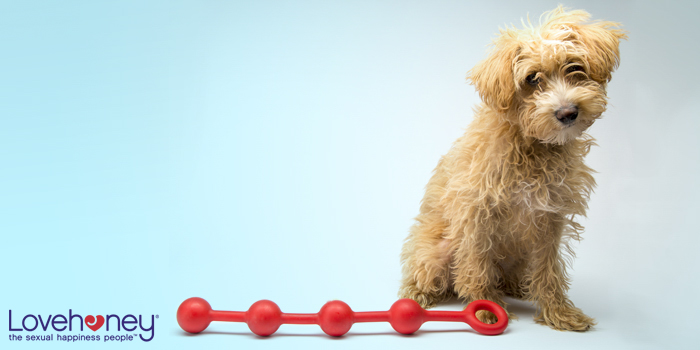 could use the flavoured lubes as sauce on ice cream or something.... lovehoney's peppermint tastes so good i could legit drink the bottle

One of my cats is really hyper and often runs off with my dressing gown tie, so I gave him an old pair of silky restraints recently and he loves them. Keeps him distracted for hours!

I have asthma and allergies to candles (even soy ones), and the only ones I haven't reacted to are the LH ones, so I burn them as scented candles rather than use them for massage.

I have comments from visitors about the vanilla one being the nicest one they've smelled.

The Wattenburg pinwheel make lovely back scratchers . Perhaps not too far way from their real use. but you don't have to undress to use it and you can leave it lying about after as its so nnocent looking .

The Wattenburg pinwheel make lovely back scratchers . Perhaps not too far way from their real use. but you don't have to undress to use it and you can leave it lying about after as its so nnocent looking .

Crops are good back scratchers too. Can get to those places you can't reach!

Using the fsog massage oil as perfume sometimes or to make me feel like my bf is with me in bed when he's not. Its manly smell is kind of comforting.

I have used deep throat spray for sore throats.

I watched this one - so so funny !

What a funny thread! Wish I had something to add but I just use mine for plain old sexual purposes x

I have seen something similar used as a shampoo hanger in a shower cubicle. I just can't think where now. It could have possibly been in a rom com film .And no its not our house! lol

By accident i used the orgasm balm on my facial lips... really nice plumping affect and cheaper than an injecting.

When I was moving I had a few posters rolled up, to get them rolled up I used a couple of cock rings! Did the trick nicely, would have been awkward if anyone had seen these http://www.lovehoney.co.uk/product.cfm?p=14877 on my Star Wars poster :P

By accident i used the orgasm balm on my facial lips... really nice plumping affect and cheaper than an injecting.

I want to try this ! I do have some plumping lip gloss on order but this could work out cheaper for me haha

Some great fun ideas. Will have to try the orgasm balm tip.

The Lovehoney slimline basics butt plug with suction cup could be used on your dresser as a hoop earring or larger ring stand or alternatively used on the skirting board as a doorstop to prevent the door bashing the wall when opening. The larger glass butt plugs could be paperweights.

I had a friend who was making sweets for a childrens party, their piéce de résistance was a dirt cake made with a giant gummy worm. Now, they'd bought some giant 1.5 kilo gummy worm from a novelty store online, but it was too big. Her little brother specifically asked for this dirt cake, and she had the intent of making it quite the grand spectacle because they're a very close step-brother and sister (quite the age gap between the two, she's quite like a second mother to him).

Now, seeing as this 1.5 kilo gummy worm was rather too big to fit in her little cheap garden center terracotta pot mess of oreo cookies, chocolate cake and cream, she was forced to buy standard gummy worms in disappointment. I, of course, would not stand for this and offered her (we're very open friends) a rather alternative route.

So, wrapped in cling film for the best interest of health and safety and with some corn starch moulds, fruit juice, a lot of sugar and gelatin, our good friend mister prostate massager http://www.lovehoney.co.uk/product.cfm?p=33967 was called in to action. The tip could be passed off as a head so we figured "screw it, why not?". With the moulds made around it, the candy was made, and that, friends, is the story of how my best friend and I saved a childrens party with a prostate massager.

Say that combination of words anywhere else and you may get arrested...