Lovehoney Basques - how do you get them on solo?

My purchase of the Lovehoney Moonlight Belle basque has arrived, but I’m struggling to work out how to get it on without help! This is my first LH basque, my only other lingerie purchases are chemises from a now defunt high street brand, and they only have a bra-type fastening.

I tried doing up all the hook/eyes back to front and then turning it round, but then couldn’t reach to do the neck fastening. There’s no way I can pull it up over my hips/bum once fastened. And I’m terrified of getting stuck if I pull it over my head, as with the boning it’s more solid than I was expecting.

Is there a secret way of doing this up that I’m missing?

Very interested to know this too! I normally have to ask my partner to do it up for me

I usually put it over my head already fastened. I have to really adjust my breasts and pull them up to get it in place

I’m the same as @Orgasm_Chaser!

Pull it over my head already fastened and ease it down. Manoeuvre the boobs up and into place, smooth down and bingo!

@MsSubExperimenter and Getting it back off… You’ll work up a sweat!

With basques I usually do up at the front them swivel them round. If it’s too tight then usually you’re able to fold down the top half before twisting round (so that it’s mostly gathered by your waist) - this does depend how the basque is made. If it’s really stiff boning then it doesn’t work but it’s a nice little trick for some

Your issue sounds more to do with the neck fastening though - I ordered this same basque and didn’t have an issue with the neck fastening when trying on. I tend to tuck those bits under the straps so that they’re easier to find when I go to trying to reach them… (not sure if that makes sense!), and I always do it in front of a mirror too

Thank you all. I’ll try pulling it over my head, and hope it’s forgiving. I just have visions of when I did this with a sports bra and essentially ended up with it stuck around my shoulders with my arms in the air. Asking for help from the OH if that happened would definitely ruin the surprise!

Yes, the neck fastening confused me. It looked so pretty but I hadn’t considered how to do it up!

Lovehoney really need to do a video on this.

taking back off is simpler as it unclasps pretty easily

As @SexInTheCity. At the front the spin it around. With 15 hook and eye it’s the only way

I have to really adjust my breasts and pull them up

Manoeuvre the boobs up and into place

Well that’s me ruined for the rest of the night. Nurse - the screens!

Actually, it puts me in mind of Steve Martin and Rachel Ward in “Dead Men Don’t Wear Plaid” - know the bit I mean? 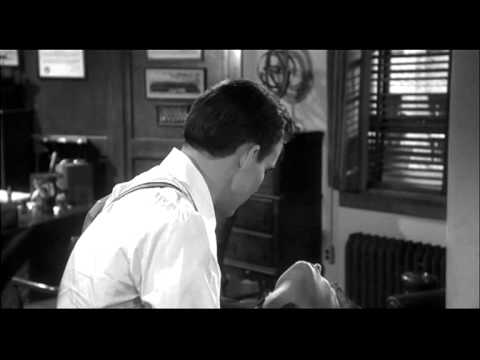 @Torridon as @SexInTheCity says the 'swivel ’ method is pretty much the only way for basques with a multitude of hooks and eyes.

I tried doing it up and trying to step into it but that didn’t work because I couldn’t get it past my hips and trying to pull it down over my head and slide it downwards was hopeless because there was simply too much boobage!
Yes, the neck fastening is tricky ,after much faffing I discovered the easiest way is to do it is once you’ve got the basque done up, twist it round and then before you put your arms in and pull up the shoulder straps do up the neck fastening and pull that bit up over your head .
I can’t think of another way to describe how to do it that sounds less complicated unfortunately

Over my head - thankfully didn’t get stuck, but it was impossible to do up the neck clip!

At the front and twizzle it round - took a couple of goes, but finally success! I’m not blessed in the boob department, so pulling it up enough to get the halter over my head already done up was fine.

clearly I need a LOT more practice at this, it’s not something I could disappear off to the bathroom and reappear 5 minutes later wearing.

A little tip that I learned on here is too lengthen the suspender straps to their fullest and attach the stockings at the back first , then the front and finally tighten as required . Previously to this bit of common sense advice I was taking ages and felt like a contortionist trying to twist round to clip on the stockings!

As others have suggested, I fasten my basques back to front, then flip them around, put my breasts in the cups and pull up the bra straps. For the Moonlight basque, I do the neck fastening last.